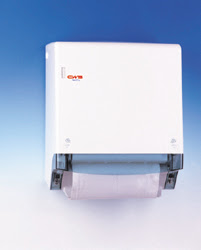 Analytics on the article (for 6/30/2010 to 7/31/2022) indicate that my article is still being viewed. I searched “Gaggle” by the article title. I found twelve pages of various articles and advertisements. My article was not included. The reason why folks still view my article is a mystery. I'm just glad that my article remains relevant, sixteen years later.

The Appalachian Irishman was out trying to make a living today, on 4/25/2006. By the way, was today Tax Freedom Day? Government-educated types don't realize that their income, through late April, goes to Uncle Sam, do they? Also, they think that they're sticking it to ol’ Uncle when he gives them a meager refund. Right! Uncle takes too much, in federal income tax, through the year. Then, Uncle gives back, as a refund, the excess money that he'd taken. Why doesn't Uncle pay interest on the excess he took?

Anyway, back to the story! I made a pit stop at a convenience store. After addressing mother nature’s urging, I washed my hands. Argh! It was another one of those push the button and stand there all day, trying to dry your hands, air drying units! Just give up! Wipe your hands dry on your pants!

It Was Easier Back Then

Do you recall the old cloth towel dispensers of years ago? You'd pull down on the corners, and a clean section of towel emerged. Wiping your hands, and possibly face also, was a snap! Ah, those were the days!

Life was so much easier back then. Cars had character. They all didn't look like the same type of little Matchbox Cars, as now. Gas was inexpensive, and someone else usually pumped it – and checked the oil and washed the windshield.

Football players stayed with the same teams for years. Kids played outside and didn’t get fat – by only playing video games indoors.

Families stayed together. Neighbors knew each other. Parents, not grandparents, raised their children. Churches were not metal building, mega-marketed monstrosities – filled by Christianettes, who hear sermonettes, preached by preacherettes.

Dirt roads led somewhere. Rock was classic, and country didn’t rock. There was no rap or hip-hop. Students could carry their pocket knives and use them in shop class, and they were spanked by teachers – and then by their parents. Doctors could make house calls and didn’t charge an arm and a leg for an office visit.

In schools, principals led morning prayers, heard by all, through the speaker system. Everyone could say “Merry Christmas!” There were Christmas and Easter breaks – not winter and spring breaks.

Yes, I know that some things have improved, but we have lost so much.

We need to pull down the towel, in the towel dispenser, and wipe away the bad. We can keep what little good remains. 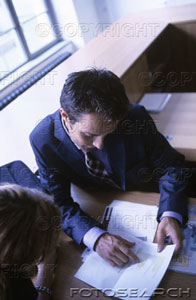 To those who are wondering where I've been lately, the rumor of my demise at the hand of a Yankee, tree-hugging, quiche-eating liberal are mistaken! Such a one couldn't take me anyway!

No, instead, I've been working and taking care of family business. Good ol' Uncle Sam took some time -- and dollars -- also!

A warning to you leftists out there: I'll be back soon!