The Appalachian Irishman penned the following words exactly two years ago today. Thirty years have now passed, since Jesus took Papaw Wood home. Much has changed in those years. His dear wife, Granny Wood, passed in 1991. Their daughter, my mother, went to be with Jesus, so early and unexpectedly, in 2000. Their son-in-law, my father, joined them in 2008. Life has changed. Still the memory of Papaw ties a strong bond to the past, the present, and the future. Now, my purpose is to instill in my remaining family the family stories, the history, that still binds us today. I love you, Papaw!

My Papaw Wood, my mother's father, passed away on this day, March 14, back in 1983. I'll never forget leaving Morristown-Hamblen Hospital, after sitting the night shift with him, thinking that Papaw was going to make it. Mom called me later to say that he had passed.

Papaw was a farmer, in his earlier years, in Indiana, where Mom was born. Later, he worked for Prater's Furniture, as a furniture mover, in Morristown, Tennessee. In his retirement, he worked part-time at a gas station, in Bean Station, Tennessee.

He and Granny had one of those all-too-rare marriages, in which Papaw courted Granny all his life. They always had that spark! Even in their later years together, Papaw would sneak up behind Granny, reach behind her ear, and say, "I stole some sugar!" Granny would pretend to be annoyed, but then she'd smile and say, "Oh, Aby!"

Papaw was married once, before he met Granny. The first marriage didn’t work out. Some time after the divorce, as he enjoyed telling it, he saw Granny walking down Main Street, in Morristown, and said, "There's the girl I'm going to marry!"

I used to spend a week during the summer with Granny and Papaw. I saw how they genuinely loved each other. Papaw taught me how to whittle, carve wood, tie rope, work in the garden, etc. He loved to tickle me until I couldn't breath! His mother's maiden name was Bare, and he'd give me a "big ol' Bare Hug," as he'd call it. Papaw loved to pull little pranks on Granny and other folks. I got some of my sense of humor from him.

For birthdays and holidays, we would either go to Granny and Papaw's, in Bean Station, or they would come to Rogersville. Well, they always came to Rogersville for Christmas Eve and spent the night. I used to love to listen to Papaw "tell his stories," about when he was younger. I just wish I could remember them all! I guess I received my appreciation for good conversation from him.

At the viewing, before the receiving of friends, Granny looked at Papaw’s body, lying in the coffin, and said, “He loved me so good.”

Papaw, thank you for being so good to me! You were the best Papaw I could have ever had!
Written by M. Fearghail at 8:34 PM No comments:

8/28/2022 note: I updated for style only. I did not change one word! I added this sentence only, which I conclude now.

US Debt Clock is the link.

Pay attention. You may have difficulty thinking logically, with conclusions from facts, not feelings. Take a deep breath, clear the mush from your mind, and THINK!

Lesson #2: On the debt ceiling.

You come home to find that the sewer backed up. Your home has sewage up to the ceiling. What should you do: Raise the ceiling, or remove the crap? Oh, this argument has one weakness: Crap is free, but when the federal government borrows and spends money that it does not have – that is not free!

By way of primer instruction in logic, these are arguments by analogy. (You may want to look up the term “analogy,” as you may not understand it.) The reasoning is sound. (Look up the formal, logical meaning of “sound.”)

Do you want “free” or “guvermint” subsidized healthcare, housing, and food? Do you want a guaranteed job, with guaranteed income, and guaranteed retirement income? Do you want our “grate nashun” to keep spending more than it takes in? If so, here’s your new “fed-derail” tax form:

Line One: How much did you earn last year?

Line Two: Send it in!

You know, the type of “so$ialist” state that we are becoming was tried in another country. That was the former Soviet Union. It fell in 1991. 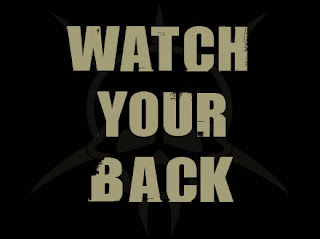 The Appalachian Irishman has been silent for too long! (Well, I must admit that the almost three-month battle with the KYB virus had been a significant distraction. After seven trips to the doctor, four days of missed work, five antibiotics, two rounds of Prednisone, volumes of salt water flushed thru my nose, hot toddies, etc., maybe, just maybe, I’ll be completely well, and over this lingering cough, soon! Having been blessed with excellent health all my life, this is a first for me, to be sick this long.)

Nothing gets the ol’ Appalachian Irishman’s blood boiling faster than these namby-pamby, liberal, socialists who want to further their ever increasing and faster-paced agenda to change what was once a great, God-fearing nation into their “socialist utopia” of limited freedom and a super-sized “Big Brother is watching you” government. The opinions of those who do not toe the politically correct line will be silenced.

Until recently, I have resigned myself to sitting back to watch, with sarcastic glee, as our nation taxes and spends itself into oblivion. I gave up when “we the people” re-elected our socialist, Jimmy-Carter-on-steroids President. I stopped watching the news, and I just didn’t care anymore. “Let the country fall apart,” I thought. Maybe the phoenix will rise from the ashes.

Then, the socialists began pushing my buttons, on “gun control” and “homosexual rights.” My Irish dander went up several degrees. Dang it; enough is enough!

First, on “gun control,” as a true conservative knows, gun control involves careful aim to hit your target—nothing more. The socialists, however, want to stand on the coffins of those who were killed by a mentally unstable individual to restrict our freedom. Make no mistake—taking away, or greatly restricting, a true patriot’s access to fire arms is the real, hidden agenda of these socialists. The second amendment exists to secure the right of the people to stand against a tyrannical government. The socialists want to remove that freedom. They will do so by any means possible.

Notice how the legislative focus is on “gun control,” not on the degradation of society or on the mental state of the shooter. We need an overarching discussion on how big government policy and the welfare state have broken down the family, diminished the role of religion and morality in society, and led to a situation, in which school shootings occur. That, dear reader, is the true issue, which the socialists will avoid discussing at all cost. Oh, and the media arm of the socialist state will not even allow these points for open and honest discussion. Nope, they will focus on “gun control” only. Beware, the camel has his nose and hump under the tent. “Shoot” him quickly, before he gets in completely!

Then, the news came out that the Boy Scouts of America (BSA) may cave to the homosexual lobby pressure by allowing openly homosexual scouts and, even worse, scout leaders to join their organization. I was a Cub Scout and a Boy Scout in my youthful years. This news distressed me greatly. Homosexuals compose about three percent of the population. Their power in proportion to their numbers is frightening. History indicates that a small minority can render significant change, for good or evil, in a society.

Moral absolutes are not changed by the whims of society. Murder, theft, lying, pre-marital sex, adultery, homosexuality, polygamy, bestiality, etc., are morally wrong—absolutely. This I can prove and defend easily, if anyone wishes to challenge me. People of good conscience must take a firm stand now; lest we, by our silent complacence, allow our moral and ethical standards to erode even further in this once proud nation. Otherwise, to speak against “homosexual rights” will be a crime worthy of some punishment. Churches beware! A sermon upholding marriage—which is, by definition, between one man and one woman—could be outlawed. Employers beware! Not hiring or offering benefits to “same sex partners or spouses” could enlist fines. We are already very far down the road. We must stand, hold the line, and turn the tide.

The thought enters the Appalachian Irishman’s mind that Big Brother may be monitoring the Internet for posts such as mine. The freedom to speak in opposition to the forces of political correctness may be the next to be lost. For now, I do have this little forum, but I’m watching my back!

Email ThisBlogThis!Share to TwitterShare to FacebookShare to Pinterest
Labels: Life (such as it is), Poly Tics (from Greek 'poly' meaning many & 'ticks' = blood suckers)
Newer Posts Older Posts Home
Subscribe to: Posts (Atom)