The cab was all that was left to Dad’s 1958 International well machine, on February 21, 2010, when I took the six photographs, below, at the homeplace in Hawkins County. Only the cab and frame remained from Dad’s 1951 Ford, with a 1970 501 engine. That was the “water truck,” which Dad used to store diesel fuel and water, in two big tanks, for the well machine. My youngest brother and a neighbor of many years, from across the road, had already salvaged most of the vehicles. The photos show all that was left, to finish salvaging the next day.

Due to my work schedule and when my brother and the neighbor could salvage, I never had an opportunity to help them, which still bothers me. The money from salvaging the well machine and water truck will be used to pay off the property tax each year on the homeplace, as long as the money lasts. On February 24, 2010, I took a much-needed half day off from work, to drive up to pay the property tax, in typical family fashion, four days before the deadline. I paid with some of the money from salvage.

Dad drilled water wells for 46 years in and around Hawkins County. See my 6/21/2009 article, Tribute to Dad. Dad did well enough to get by, putting a roof over our heads, but he never did as well as he wanted. Dad took over Ferrell's Well Drilling, from his father (Marion Ferrell), in 1953. Papaw Ferrell had started the business in 1901.

As the well machine aged, it broke down more often. As Dad aged, he could not work as hard. Lifting heavy drill rod and well casing, pulling pumps by hand, etc., took their toll. I helped Dad a lot, especially when school was out in the summer. It was muddy, dirty, and hard work, hot in the summer and cold in the winter. The well machine seemed to break down more often in the winter, when it was harder for Dad to work, due to the weather. Sometimes, when the weather and business were good in the summer, the machine would break down, just at the wrong time. Still yet, Dad got by well enough.

I removed the base of the well machine’s air horn, after I took the photographs, below, as a keepsake. It is all that is left of the two large machines. The piece is placed proudly on an end table. It reminds me of what once was. The well machine and water truck legacy continues. 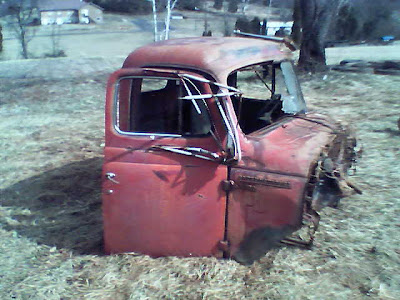 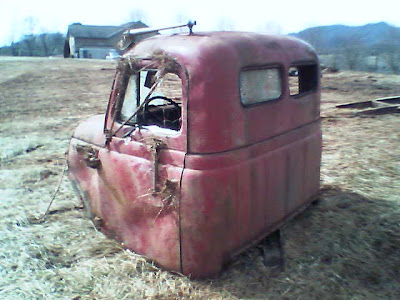 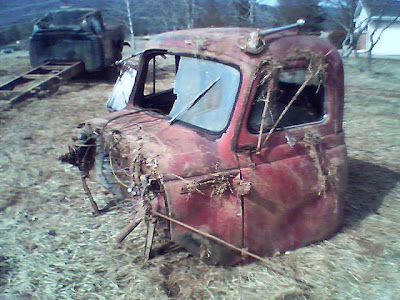 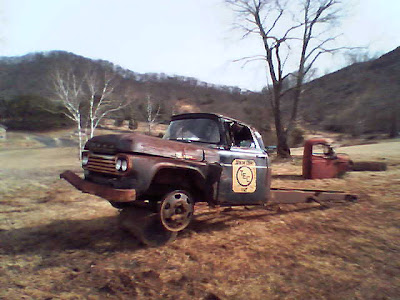 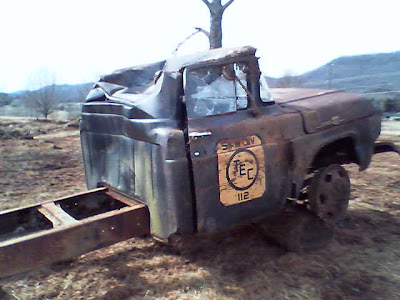 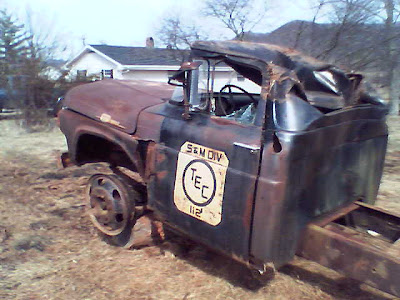 Written by M. Fearghail at 6:21 PM No comments: