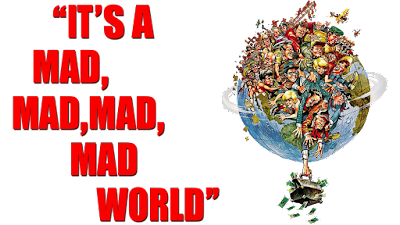 “A picture says a thousand words.” Read on, for my additional words. Aren't you as tired of it all as I am?

A friend, who sends e-mail information, to several, including me, e-mailed us, on 4/10/2021. (I wish that he would create his website instead.) “Good job, Jim!” His e-mail articles need to be on his website – if he would do so.

He referenced a link to World Net Daily. The article appears to be a factual statement of the damage that mask wearing does to the environment and to humans, who wear them too long. You can check out the details here – if it doesn't bore you. Another informative link is here also.

I don't wear a mask, as a regular routine. I do so only for a few moments, as needed. For those who wear masks as they do their underwear, on a daily basis, I suggest that they read the article.

The socialists are out there, here and, again, here, for examples. They continue to use the new cold virus as one tool, in their arsenal. They have won.

Austin-East Magnet High School has made international news, again, sadly. It is not because of educational and moral excellence. It is due to the magnet of countless numbers of shootings in that area, of Knoxville, Tennessee. Today, 4/12/2021, Monday, another shooting happened. The news is global. Here is a link from the United Kingdom.

This is another sad example of the rampant, uncountable, examples of the fact. The USSA, mostly, has lost its moral compass, has forgotten God, and, consequently, has been abandoned by God.

When I travel, I have one pistol and ammunition with me at all times. It stays in my truck, usually. At times, it is in my right front pants pocket. At home, three weapons and plenty of ammunition are ready. I know how to stop a threat.

The USSA Majority, Apparently, Has Abandoned Morality and God

I'm in one of those pensive moods today, in my writing. I do not apologize. The USSA, in majority, apparently, has abandoned morality and God. Do you remember, maybe forty or so years ago, or more, when this was a predominately moral nation? I do.

Logic and reasoning do not matter anymore. One cannot reason with an irrational person. “If it feels good, do it” has been the trend for years. The chickens are coming home to roost.

As a side note, I engaged in a brief exchange yesterday, with a younger adult that I know. Her husband and she started their mission work in Russia, under our guidance. I hope that I educated her into God's amazing grace, yesterday. My mother was and still is the greatest example of a Christian, whom I have ever known. My “Light at the End of the Tunnel” book will be published, in time. It will include, as a side note, the details of yesterday.

My godly mother, thankfully, is at Home, with the Lord. She doesn't have to see what I see now.

As supper approaches to be ready, I will conclude this brief article, by saying: the USSA, by person, has two choices. Either turn right and go straight or keep turning left (slight pun intended, to my socialist readers) and going to the Devil.

Many of my readers, even if we are in the USSA minority now, are going straight. I wonder if my socialist readers will stop turning left. Let's eat supper!

Email ThisBlogThis!Share to TwitterShare to FacebookShare to Pinterest
Labels: "Light at the End of the Tunnel", Poly Tics (from Greek 'poly' meaning many & 'ticks' = blood suckers)

Well, my unknown friend, you are still right, as I was. We are both still right. We know it. I hope others figure it out -- before it's too late!