This article today will continue the theme, of family honor and heritage. A person should honor those who are older. Do you younger folks understand? I hope so. I'm trying to educate you.

(1) On 1/18/2022, Tuesday, Mona Beckner celebrated her 100th birthday, at home. She is the elder sister of Mrs. Appalachian Irishman's father. That day, Mrs. Appalachian Irishman had a “snow day” off from work. I worked, at home, for a living. I had set the mailbox flag up, so the postman would get the postal letters that I'd placed there, to pay the 2021 property taxes, both for here and for the homeplace. The weather was cool and cloudy. The snow, from the day before (my first 1/17/2022 article), was melting.

Aunt Mona, her son, her brother, Mrs. Appalachian Irishman, “favorite” sister-in-law, the daughter of “favorite” sister-in-law, and I were gathered, at the Beckner homeplace. We, finally, after various delays, had supper together. I had the honor of voicing the prayer, before supper. I told Aunt Mona that I'd never met anyone that was 100 years old, until that day. She enjoyed my humor. The various points of conversation were mostly in honor of Aunt Mona – aside from comments on life's trivialities. Aunt Mona was honored. I wish that someone had taken photographs. I wish that I had. The memories are in our minds – and written here.

(2) On 1/22/2022, Saturday, Mona Beckner was honored, by family, friends, and church folks, at City View Baptist Church. I'll set the context then show the twelve photographs I had taken.

Mrs. Appalachian Irishman had a two-hour “snow” delay, on 1/19/2022, Wednesday, so she had to hit an abbreviated lick that day. On the next two days, Thursday and Friday, the school system, where her sister and she teach, was closed, due to several folks that were sickly – so they had two days of paid work leave. During that Thursday and Friday, Mrs. Appalachian Irishman, “favorite” sister-in-law, and “favorite” sister-in-law's daughter, amongst other folks, spend hours, many hours, preparing vittles, preparing displays, and decorating the church fellowship hall (as I call it). I worked at home Tuesday and Wednesday but at the Hadean Realm office on Thursday and Friday, as usual.

On 1/22/2022, Saturday, Mrs. Appalachian Irishman left here, to the church building, about 7:30 AM, to finish the fixin's. Aunt Mona's celebration was from 1 PM to 4 PM. I arrived at 1 PM. I stayed until just after 4 PM. (My “bionic” right foot endured the hard surfaces better than I thought it would. My right foot still paid for all the walking.) Mrs. Appalachian Irishman arrived home about 6:50 PM. Molly, our 'ol puppy, was wondering about her.

Several family and friends, along with a few church folks, arrived, at various times. The hall was mostly full, from time to time. Aunt Mona seemed to enjoy the day very well. That was the main goal – to honor her. 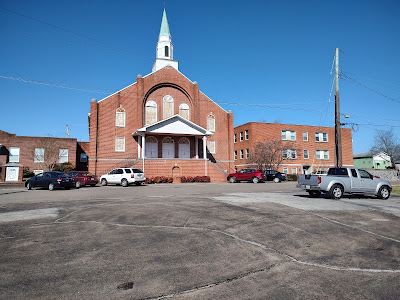 The above photograph is of the City View Baptist Church Building, taken upon my arrival. We were all glad that the cloudy and dreary weather had turned sunny, finally. The weather was crisp and cool – not cold. I'll let y'all know – if it ever gets cold here, in East Tennessee, again. 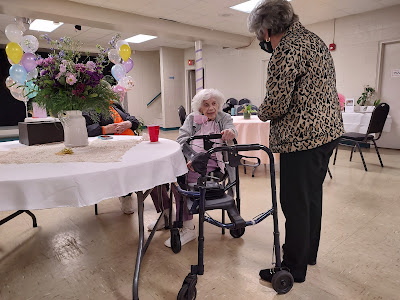 The above image shows Aunt Mona, talking with the younger sister of my mother-in-law (Phyllis Ann House Gordon, who went home on 4/30/2017)

The next six photographs are of the display tables. The displays honor Aunt Mona's unpublished writings, photographs, poems, and art. 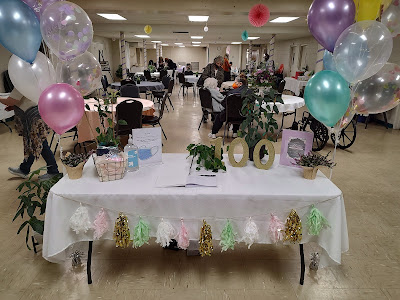 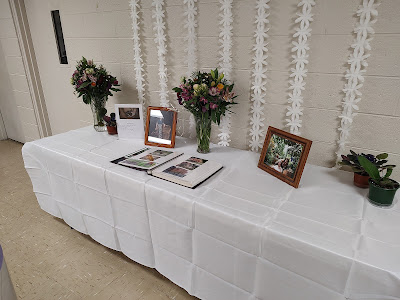 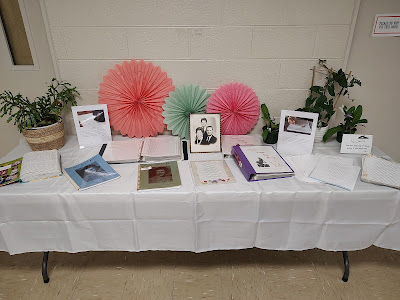 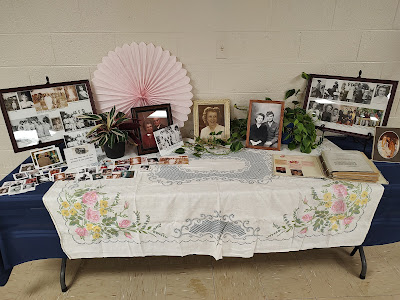 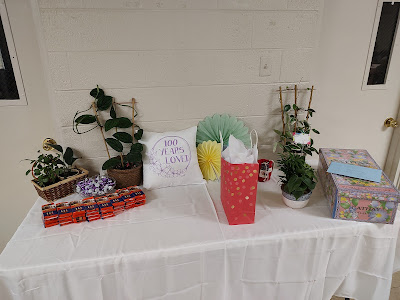 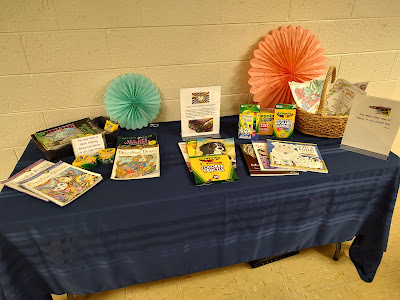 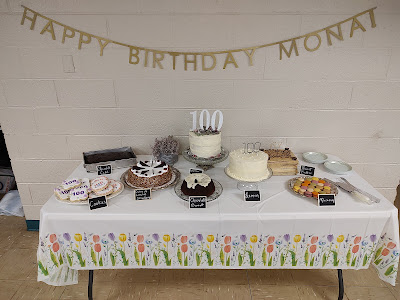 I wish that our dear friend, who owns KJ Cookies (https://www.kjcookies.net/ and https://www.etsy.com/shop/kjcookies), could have make the decorative cookies, but she had other priorities – at the time. Her husband and she are fine, Christian folks, who are in our prayers, daily. 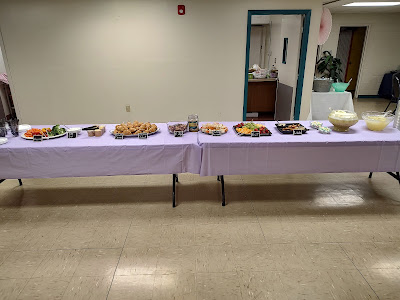 Don't worry! The fruit was labeled “fruit.” The vegetables were labeled “vegetables.” One fruit tray had cheese in it – not a vegetable! I joked that it was false advertising – on the cheese! We had some fun. I wonder how many folks couldn't figure out what the fruit and vegetables were – without those labels?

I took the final two photographs, just before I had to leave, to go rest my “bionic” foot. They are both of family and church folks, who were gathered around Aunt Mona, talking with her. 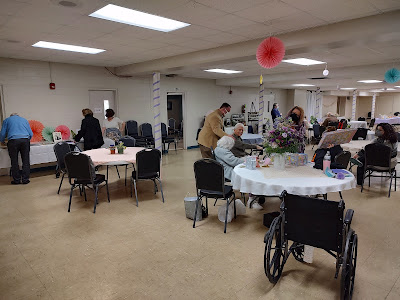 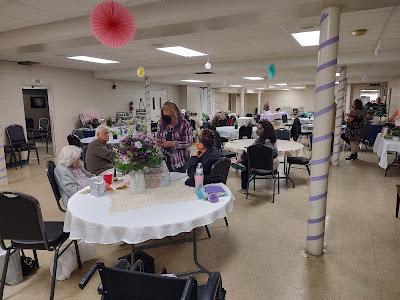 Was that twelve photographs? I think that I lost count!

Well, Aunt Mona hasn't lost count of her years. Her mind, eyes, and spirit are still vibrant – as I told her, before I left the gathering yesterday, to return home. She can't get around like she used to do. Her wheelchair and rolling walker help.

The Good Lord expects each generation to honor the generation(s) that came before it. Aunt Mona's son honored his father and still honors his mother. (His father, Aunt Mona's husband, had passed, in early 2001.)

I, as the author of this article, EXPECT to see some comments, by MRS. APPALACHIAN IRISHMAN and any of her family! Y'all have a voice out there? I'm waiting!

Thanks to all for the outpouring of love as we honored the 100th birthday of our dear Aunt Mona.