Race: I thought that the color of skin did not matter but that the content of character did matter. A wise man stated that, a few decades ago.

What is systemic “racism?” I was raised: “red and yellow black and white, they are precious in His sight.” I was raised correctly. I know it.

What are reparations? Blacks (i.e., people of color, as if red, yellow, and white are not colors) need reparation? What about the Irish? “No Irish allowed.” I know. My ancestors knew. What about Irish reparations? March is Irish History Month, don't y'all know? 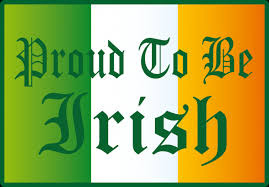 Race is a tool of the socialists. I know it. Anyone who has sense knows it.

Gender: I hear that the socialists want to allow boys who think that they are girls to play on girls' sports teams. Really?

Gender is a tool of the socialists. I know it. Anyone who has sense knows it.

Money Tree: apparently, the “demorats” and “repubicrapers” both think that money grows on trees. The “economic stimulus” debate is hot right now.

On 1/11/2021, I wrote Status of a Once Great Nation. In that article, I linked to https://usdebtclock.org/. The USSA total debt, at 4:50 PM, is $27 trillion 965 million and chump change. The count continues to increase, by the second. Check out that website, if you are bored.

So, from where will the 1.9 trillion “stimulus” money originate? The USSA is broke. The USSA debt has been more than debt-to-GDP-ratio, since 2013. (I reference my Status of a Once Great Nation article, as my historical self educates my current self.)

I assume that the USSA has a money tree somewhere. Otherwise, await the continuing higher cost of everything, as the USSA spirals into recession.

Economics (i.e., money tree) is a tool of the socialists. I know it. Anyone who has sense knows it.

Freedom: I retain my God given right to be free. That includes, among other items, my freedom to speak. The “politically correct” movement that started decades ago is winning. The various points of news describe the details. I will not waste my time, by delving into the details.

By the way, where is my https://parler.com/feed account? Oh, there it is! It's back. My website is still here. The socialists have not taken me down yet. If they do, I will still speak, by my voice and writings, in other forms. I WILL NOT BE DEFEATED. I STAND.

Well, at 5:42 PM, I'm done. I'll keep writing, if you keep reading. I had heard Half Pint warming up something. Mrs. Appalachian Irishman had started her Sunday stew, in the crock pot (or crack pot, as I call it). I wonder what Half Pint needs to warm. We should not have left overs. I had heard potatoes being mashed. Mrs. Appalachian Irishman fed Molly doggy her supper. (Molly doggy was lazy today. I don't blame her.) Now, at 5:47 PM, Half Pint is warming something.

I'll stop now, to explore the domestic point of interest. Y'all keep turnin' right and goin' straight out there, you hear?